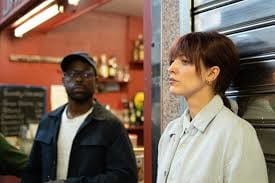 A common belief is that movie critics love to trash movies. It’s thought that we critical types, after emerging from coffins buried in consecrated ground, stalk film festivals and multiplexes looking for weaker prey. We fire up our laptops to crush innocent filmmakers, see them driven before us, and hear the lamentations of their producers. I mean, that’s what we do, right?

Not so much. See, every movie is an opportunity. The very best part of a film for me is the moment after the previews have finished and there’s a half-second or so where the screen is black. That moment is all about potential, and what follows could be a modern classic, a beloved cult film, or even a sturdy old Good Movie.

Also, it bears repeating that making a movie is hard. To do that, you’ll need a strong screenplay, a creative director, resilient producers, smart acting and a reasonable budget. You’ll need to have lateral thinking to overcome unexpected problems and a studio that’s not actively trying to undermine your best efforts. Oh, and you’ll also need a perceptive editor to take the weeks of footage and assemble it into something comprehensible.

Sometimes, after all the sweat and all the fighting, it simply doesn’t work out. The best-case scenario if your film flops is that, years later, it will be rediscovered and appreciated. More often than not, it’s forgotten. That brings me to The Rhythm Section. I wanted to like it, and I wanted to sing its praises. But as a famous English dude once said, you can’t always get what you want. 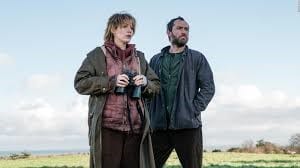 Right out of the gate there are problems. The film begins with a young woman, armed with a silenced pistol, creeping up behind a man in a chair. Who is she? Where is she? Why is she trying to commit cranial destruction upon the skull of this poor schlub? The image fades to black and is replaced by the superimposed words, “Eight months earlier.”*

The woman with the gun is Stephanie Patrick (Blake Lively). She’s not in the healthiest headspace right now. You can’t blame her as her entire family was on a plane that exploded. The resulting trauma caused her to become a drug addict and prostitute in London**, and she lives her life in a chemical-induced daze. Things seem hopeless until she makes contact with Proctor (Raza Jeffrey).

He’s a freelance journalist, and he explains to Stephanie that her family died due to a terrorist bombing. The walls in his apartment plastered with news articles and photos don’t exactly lend him journalistic credibility, but whatever. That information motivates her to track down the people responsible and Make The Bastards Pay. However, it’s not like she possesses a certain set of skills to make that happen.

The good news is, Proctor’s source can help. He’s only known as B (Jude Law), and he’s a former MI-6 operative living in the remote Scottish Highlands. So, Stephanie treks way up to Loch MacWherethehellarewe and asks/demands that B train her. Having nothing else to do, he agrees. But will her training be enough?

Spoiler alert: yes, it will. 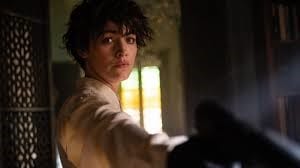 Look, the snide recap of the plot is written out of sorrow rather than malice. I wanted The Rhythm Section to be a good film, and I had a feeling it might be. When you have a film produced by Barbara Broccoli and Michael G. Wilson, whom you might know from producing the James Bond films, you have certain expectations. Those expectations become solidified when we see a trailer featuring globetrotting action and Blake Lively getting gritty.

I’m not sure the central problem is director Reed Morano. She’s a solid filmmaker, and you’ve seen her work in episodes of The Handmaid’s Tale and the independent film I Think We’re Alone Now. The majority of the film has pacing that lags, then jerks forward, and sequences that seem to be aping The Bourne Identity. We’re also hit over and over with needle drops of the most thuddingly obvious pop music. It tries to set the mood, but it’s like you’re being elbowed and told, “Huh? Huh? You get it?” But there are two moments that work nicely. The first is an anxiety-inducing car chase through Tangier where the camera resolutely stays in the car, either focusing on Lively’s reactions or what can be seen out the windows. The second is an intentionally sloppy fistfight where Lively is just hurling herself at Law over and over in a barren kitchen. Both of those moments are shot with energy and creativity, and they show that Morano is a director of considerable skill.

Instead, I think the problem is with the screenplay, written by Mark Burnell. He’s based it upon his novel of the same name, and while he would be the logical choice to adapt it, his screenplay feels airless and sloppy. While we see Stephanie down and out, we never learn who she is at her core. Why did she decide not to join her family on the flight? Why does she blame herself? Why does she become a drug-addicted prostitute, which is a very…well, let’s call it extreme reaction to trauma? By not knowing who she was before the tragedy, we can’t contrast that with who she becomes. Additionally, character relationships never seem to develop organically. Jude Law’s enigmatic B seems to agree to train Stephanie awfully quickly. Why? What’s in it for him? What does he want? 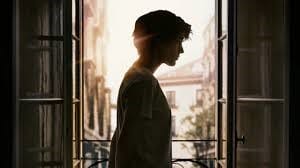 You know what I love about this film, though? I love that Blake Lively is willing to do essentially anything. We’ve seen her play an extremely unlucky surfer in The Shallows and a conniving crook in A Simple Favor, and she’s been pushing herself to try darker and more physical roles. She’s good at it, and as Stephanie, she’s not playing the Black Widow, where she’s able to demolish a roomful of luckless goons. Instead, she’s usually pretty lousy at her job, and she’s able to succeed (and not die) mostly due to determination and dumb luck. Lively plays her as an exposed nerve, and she’s able to show us the vulnerability lacking in the script. The mighty Sterling K. Brown shows up as a slippery information broker, which is always a treat. I enjoyed Jude Law’s B, and occasionally we see small flashes of humor from him, which is sorely missed in the rest of the film.

The odds are good that The Rhythm Section is going to flop. Movies that are released during a Super Bowl weekend frequently do. Let’s end this review on a positive note, though. Blake Lively continues to prove that she’s a strong and smart action lead, and Reed Morano has the chops to make a movie that positively whips ass. This movie ain’t it, but if Morano and Lively opted to work together again, I’d be very into it.

*Yep! We’ve got another movie starting with the protagonist in a sticky situation, then a long-ass flashback shows us how they got there. At least we’re not seeing the done to death opening scene in comedies where the protagonist is in a ridiculous situation, and a voiceover says, “That’s me. You’re probably wondering how I got here.”

**At least she’s in London, a delightful and interesting city. What if she was in Kansas City? Too much tragedy, perhaps?

Tim Brennan
Tim has been alarmingly enthusiastic about movies ever since childhood. He grew up in Boulder and, foolishly, left Colorado to study Communications in Washington State. Making matters worse, he moved to Connecticut after meeting his too-good-for-him wife. Drawn by the Rockies and a mild climate, he triumphantly returned and settled down back in Boulder County. He's written numerous screenplays, loves hiking, and embarrassed himself in front of Samuel L. Jackson. True story.
Tagged: Movie ReviewThe Rhythm Section